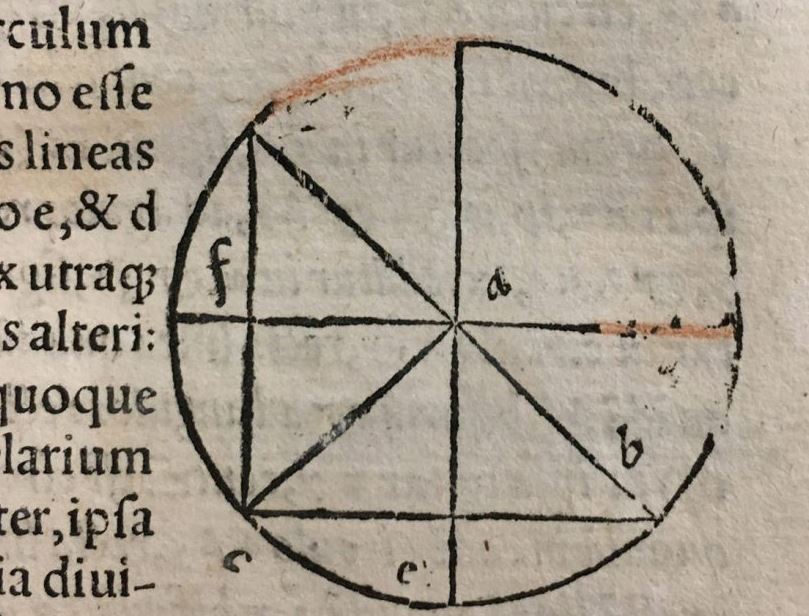 ‘He went to Mr. Busby’s, the schoolemaster of Westminster, at whose howse he was; and he made very much of him…There he learnd to play 20 lessons on the organ. He there in one weeke’s time made himselfe master of the first VI bookes of Euclid, to the admiration of Mr. Busby (now S.T.D.), who introduced him’

Dr Richard Busby (1606-1695), Head Master of Westminster School 1638-1695, and his pupil Robert Hooke (1635-1703) both deserve greater notoriety than they currently enjoy.  Busby remained a household name until fading from the public consciousness in the 20th Century.  His fame was due to his great stature as a pedagogue: other pupils of his include John Locke, Christopher Wren and John Dryden; and to the strict discipline he enforced – Busby once boasted of having birched sixteen of the bishops on the bench in the House of Lords. Hooke’s reputation has been on the rise, thanks in part to Lisa Jardine’s biography, published to mark his tercentenary. However, his contemporary and friend, Wren, with whom he collaborated on so many projects following the fire of London, still eclipses him.  It doesn’t help that there is no surviving picture of Hooke, although the popular story, that Isaac Newton destroyed the sole portrait as an act of revenge, is unlikely to be true.

The school is fortunate to hold a substantial number of rare books, the bulk of which were accumulated by Dr Busby during his Head Mastership.  A library for the pupils had been established by donations from Mildred and William Cecil in the 16th Century.  Busby, a keen bibliophile, developed the collection.  In 1648, the year before Hooke started at Westminster, the school reacquired a space to the south of the main schoolroom to use as a library.[1]  It was a room which Busby let selected pupils use for private study, and it may well have been where Hooke learnt his Euclid, for a contemporary remarked that he ‘seldome sawe him in the schoole’.

Today nineteen editions of Euclid’s work remain in the school’s collection, dating from 1533 until 1678.  Could one of these have been the copy that Hooke pored over?  We can discount those published after 1654, at which point Hooke had certainly left the school for Oxford, which takes us down to twelve contenders. A further five volumes which are listed in the manuscript library catalogue of the mathematician John Pell (1611-1685) can also be eliminated.  These books were purchased by Dr Busby in 1687, following Pell’s death, too late for Hooke to have made use of them.  Pell’s books are often easy to spot in the library; his preferred binding style in velum, now often adorned with a green spine label, is distinctive.  He was also an attentive, pedantic, reader and regularly annotated and corrected his books.

So what of the remaining seven works in the library? It is improbable that Hooke used the Arabic edition in Busby’s Library which was printed in Rome in 1594.  Dr Busby did teach pupils at the school Arabic during his time as Head Master  – John Evelyn records that he ‘heard and saw such exercises at the election of scholars at Westminster School to be sent to the University in Latin, Greek, Hebrew, and Arabic, in themes and extemporary verses, as wonderfully astonished me in such youths, with such readiness and wit, some of them not above twelve or thirteen years of age.’  However, Michael Hunter has suggested that it is unlikely that Hooke had much knowledge of the language, and there were certainly no examples of Arabic books amongst Hooke’s own library when it was sold following his death.[2]

Bound as one whole are the three tracts concerning Euclidean geometry edited by Conrad Dasypodius (Rauchfuss), printed in Strasburg in 1564.  Dasypodius only included the first two books in full and the third tract contains the ‘enuciations’ of the Euclid’s books III-XIII.  In a later edition he explained that he added the enuciations as he did not wish to leave the book unfinished, but that including Euclid’s full work would make the book unwieldy for students.  Therefore, if we believe that Hooke fully mastered the first six books we must discount this particular translation.

Our earliest Euclid dates from 1533: Simon Gryneaus’ edition published in Basel.  This was the first edition of the Greek text and was based on several rather poor manuscript copies. Hooke might have used this volume, but the binding is very ornate and I wonder if Dr Busby might have held this fine copy in reserve.

A stronger contender is Henry Briggs’ 1620 edition.  It is a pleasing folio volume with the first six books in Greek with Latin translation, based on Frederico Commandino’s translation from the Greek.

Dr Busby owned a 1627 copy of the German mathematician, Christopher Clavius’, edition. Clavius did not produce an original translation, but compiled copious notes from previous editors and added his own comments.  It was a popular version, first printed in 1574, but with new editions every decade until the mid 17th Century. This version has rather distracting flowers and leaves pointlessly ornamenting the diagrams. Another German edition, this time printed in Wittenberg in 1634, was produced by the mathematician Ambrosius Rhode. This may also have made an unappealing study, as it is a small book with dense type.

Whilst Hooke might have already mastered Euclid after two years at the school, a tempting book to study would have been Thomas Rudd’s edition, printed in London in 1651. This work, unlike the others listed, was an English translation and had the benefit of an additional mathematical preface by John Dee.

Of course, Hooke may have studied any one of these five works, or indeed, a combination of the texts. Perhaps one of the most interesting point to take away from this exercise is the popularity of Euclid’s work and the range of translations and editions available to pupils at the school.

Hooke and Busby collaborated on a number of building projects in later life, including the ‘beautyfieing of the School & College’.  Hooke appears to have acted as the architect and overseer for the redesign of the room Dr Busby called his ‘Museum’, which we now know as the Busby Library.[3] The space was badly damaged by an incendiary bomb in 1940, but has been reconstructed as a faithful replica, based on drawings and photographs in the school’s archive. The majority of Busby’s library survived the blast as the bulk of his collection was evacuated to Christ Church, Oxford, his former college. It is pleasing to think of Hooke employing his Euclidean geometry to construct this beautiful space as a legacy for his former Head Master and a gift to generations of future pupils.

Written by Elizabeth Wells, Archivist and Records Manager, for the Reading Euclid project and first printed in The Camden Magazine, 2018