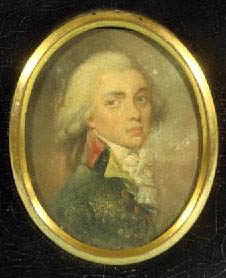 Old Westminsters from the periods of missing records, mainly under Head Master William Markham, have been identified in a large variety of ways, including newspapers, memoirs, or lists of enrolment to post-Westminster education. We cannot, however, rely solely on an individual’s testimony that they attended the school, as occasionally people fraudulently claimed to be an Old Westminster to embellish their education history. Sometimes websites, such as the Oxford Dictionary of National Biography, Wikipedia, and UCL’s Legacies of British Slavery site, cite someone’s education as ‘Westminster School’ without providing a source, and it is unclear where that information originated.

One such individual commonly referred to as an Old Westminster online but not appearing in our record books is James Tobin. While his youngest son, Joseph Webbe Tobin is known to have attended the school, James himself does not appear in our Record. It is possible that a simple error occurred that resulted in James Tobin being mistaken for his son, but it is also possible that James, too, attended Westminster School. Based on his age, he likely attended under Head Master John Nichol, who kept good admission records, but if he joined the school slightly later than usual, he would have attended during the first years of Markham’s tenure. With no traceable original source for his schooling, it is unclear from where the information first arose.

James Tobin was a merchant and planter with fervently pro-slavery views. He was born in 1737 and moved to Nevis in 1758 to help manage his family’s plantations, before returning to England in 1766 to marry Elizabeth Webbe, the daughter of another wealthy Nevis planter. The pair settled in Salisbury for the next eleven years, during which time Elizabeth gave birth to eight children, the youngest of which was future Westminster pupil Joseph Webbe Tobin.

In 1777, James and Elizabeth Tobin took their five youngest children back to Nevis, to once again manage the family’s plantation. They left their three eldest sons in England to be cared for by their maternal grandfather. James Webbe Tobin, George Tobin and John Tobin were sent to King Edward VI School in Southampton, where they studied until their parents returned in 1784, when the family moved to and settled in Bristol.

Upon his return to England, James Tobin set up a firm of sugar factors and began to engage with the politics of the West Indies from abroad. He published an essay, Cursory Remarks upon the Reverend Mr Ramsay’s Essay, to add his voice to those opposing the views of James Ramsay, a leading abolitionist. Ramsay had provided evidence for the cruel treatment of enslaved people that Tobin attempted to discredit. This began a hostile exchange of pamphlets between the pair, during which Tobin complained about the presence of Black people in England and expressed views of racial purity. The feud became so bitter that Tobin reportedly challenged Ramsay twice to a duel. The personal nature of Tobin’s attacks was particularly deplored by abolitionist Thomas Clarkson and by formed enslaved man Olaudah Equiano.

During a 1790 House of Commons enquiry into the slave trade, Tobin was called to give evidence and proceeded to argue for the necessity of the practise. Despite claiming that enslaved people were treated well and protected by law, he also admitted that no free Black men or women would consent to work on the estates. Slavery was, according to Tobin, essential, as was the continuation of the slave trade, since the natural birth rate could not sustain the number of enslaved people needed to work plantations. In 1792, Tobin authored his final pamphlet, arguing for the installation of garrisons in the West Indies to protect slave owners against potential uprisings. He died in 1817. In that same year, there were 213 enslaved people on the Tobin family’s plantation.

Unlike his father, James Webbe Tobin was an abolitionist, falling in and out of radical political circles throughout his life. He was friends with William Wordsworth, Samuel Taylor Coleridge and Robert Southey (OW), and remained close with his younger brother John, who went on to be a poet and playwright who achieved most of his success posthumously. Twenty years after his father claimed enslaved people were well-treated and protected by the law, James Webbe Tobin proved they were not.

In 1810, Edward Huggins was put on trial in Nevis for cruelty after ordering the public flogging of thirty-two enslaved people, one of whom received 291 lashes. While this wasn’t illegal, the local custom was for a maximum of thirty-nine lashes, and one woman later died from her injuries. Huggins was acquitted but, as James Webbe Tobin would argue, the judge, prosecution, coroner, and some of the jury were indebted to Huggins in some way, prejudicing the proceedings. Tobin worked to publicise the case in Britain and highlighted the cruelty that enslaved people faced, so at odds with the picture his father had painted two decades earlier. Huggins was put on trial for cruelty again in 1817, for forcing a driver to cartwhip members of his own family. He was once again acquitted, but the publicity these cases generated in Britain strengthened the case for abolition.

James Webbe Tobin died in 1814, three years before his father and before he could see the results of his support of the abolitionist movement. Joseph Webbe Tobin, the Tobin son who did attend Westminster, lived until 1863. Whether he was on the side of his father or his brother when it came to the matter of slavery is, as is the case with most Old Westminsters, not mentioned in our records.