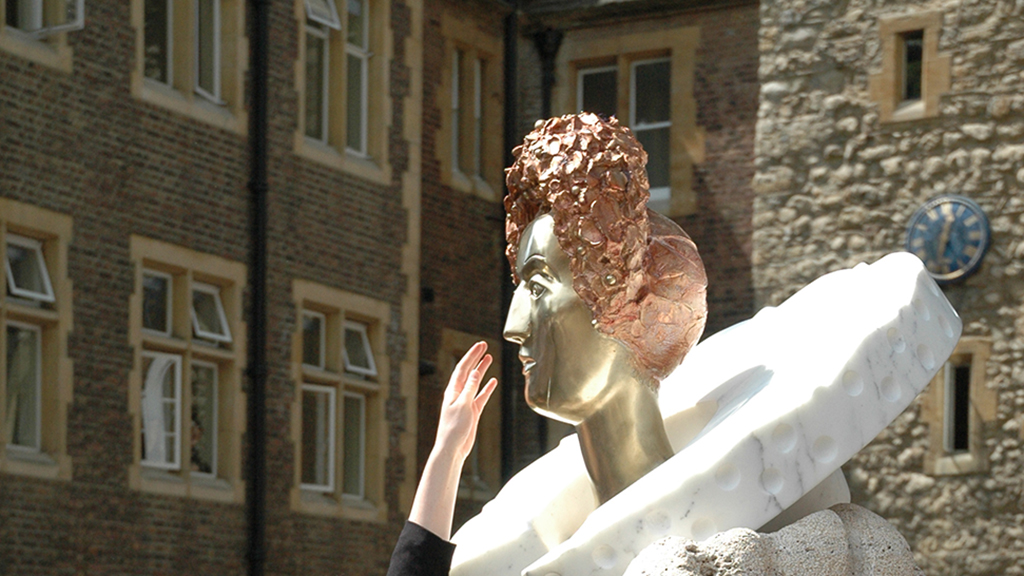 in 1560, a brand new statue of Elizabeth I was unveiled in yard by HM The Queen. Although there are no longer any pupils at the school who witnessed this special event, it has been fully recorded in the Archives here at Westminster. The newspaper The Daily Telegraph reported on the revealing of Matthew Spender’s marble, bronze, and travertine sculpture with a photograph and caption on its front page.

A diagram of the statue as it was finally built is shown below: 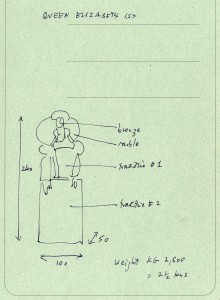 Matthew Spender OW, the sculptor, wrote to Westminster with his plans in words

‘I’ve never done a piece more respectful of the circumstances. I wanted her bronze face to be gilded with mercury, like the magnificent tomb of Edward III, but nowadays that’s illegal. She’ll have to be polished annually, and the polish will gradually smooth the bronze…Her body is made of ‘Travertino Noce’ from Rapolano near Sienna in Tuscany, where I live. though it is not an English stone, I chose the colour to resemble that of the interior of Henry VII’s Chapel in the Abbey…It will harden and lighten over time’

A contemporary report on the statue stated:

‘She stands a third larger than life size, in Yard as part of our community – surveying the everyday activities of the school she founded and visited’

Another aspect of the statue which changes over time is its hair, which used to be auburn, but is gradually fading. Dr Alan Borg, also an OW, observed:

‘It is very much of its own time, a site specific work that animates Little Dean’s Yard and refocuses our attention on the space. It is not a bland sculpture and not everyone will like it, but blandness was not a characteristic either of the great Queen and school which she founded’ 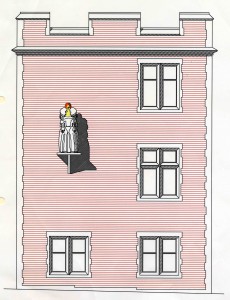 Although the statue is outside Ashburnham House in Little Dean’s Yard, one parent wrote to the then Head Master, Dr Spurr, to suggest that the statue be placed on a podium on the wall of Hakluyt’s. He outlined his idea in this diagram:

Even the current statue is not as Spender originally through it would be. The picture below was also sent in by Spender, and shows the very first prospective design.

‘I planned to carve lace patterns into her ruff, like those of many tombs in the Abbey, but the Carrara marble was so beautiful it needed no decoration’ 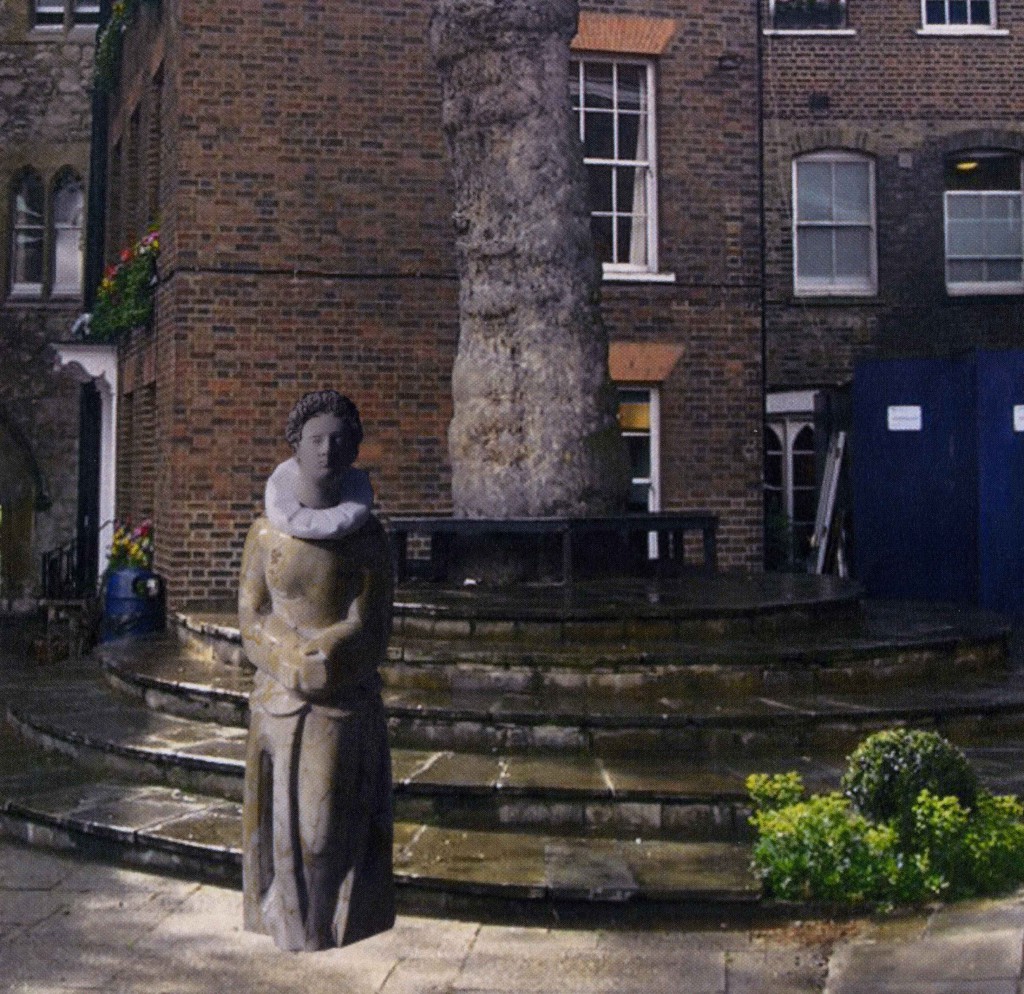